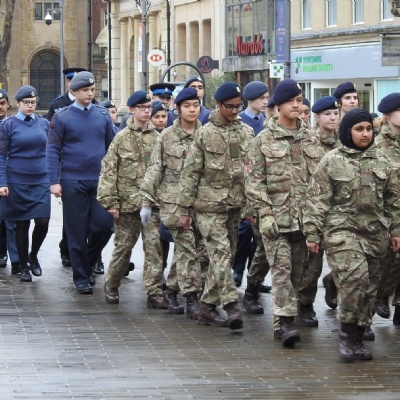 Cadets from the Army, RAF and Police sections joined dignitaries outside the Town Hall for The Mayors procession to St Johns Church, which saw them meet with special guests and members of the public to commemorate those that died in the holocaust and subsequent acts of genocide.

Following the service, the congregation gathered around St Johns Square to witness the Mayor lay a wreath at the holocaust memorial site, in remembrance of those affected by atrocities of war.